Where Are They Now: 40 Years Since Seniors

Monday, March 18th will mark the 40th anniversary of the final Waterloo Black Hawks regular season game to involve senior-aged players.  During both the 1977/78 and 1978/79 season, the Hawks took the ice with a hybrid lineup of seniors and juniors in the wake of a merger between the USHL and Midwest Junior Hockey League.  The Green Bay Bobcats and Sioux City Musketeers featured a similar combination, while the former MJHL teams were composed entirely of junior skaters

Waterloo claimed the playoff title in both years, winning a pair of championship series against the Musketeers.  However, the 1978/79 effort remains the only campaign during which the Black Hawks have ever won both a regular season and a playoff title in the same year.

Our reflection on this remarkable year comes from Black Hawks Chronicle; Five Decades of Teams, Games, and Players ©2011.  Used with permission.

Junior players made increasingly important contributions to the Black Hawks as the USHL played its final year with senior talent in 1978-1979.  Prior to the season, a number of veterans retired or moved on to other opportunities.  After several weeks, Ken Yackel and Ed Starkey each left the team.  The roster changes had little effect on Waterloo’s winning results.  The Hawks earned victories in more than three-quarters of their regular season games.

“It was fun to see these young kids and how, even through the course of one year, they grow and get acclimated to the hits and the fighting and the whole package,” said Black Hawks captain Stan Blom.

Returning juniors, including Chuck Kessler, Peter Gillis, and goalie Greg Davis - who had joined the Hawks late in 1977-1978 - were reinforced by defensemen Mike Meadows and Don Jacobs.  Brian Riley scored 25 goals, and his high school teammate Ron Milardo was Waterloo’s Rookie of the Year.  Bill Grum and Craig Brown contributed, but were a year away from starring for the Hawks.

Waterloo’s junior talent quickly began to land in the NCAA.  The next season, Kessler advanced to Colorado College.  Meadows and Jacobs moved on to Minnesota and St. Lawrence respectively.  Riley and Milardo continued to wear the same jersey, both attending Brown University in 1979-1980.

However, the Hawks’ star junior player and Team MVP was forward Mike LaBianca.  Head coach Jack Barzee described him as a tenacious forechecker and a skilled setup man.  The New York native who started his USHL career with a hat trick had spent the previous winter playing in Canada with the Quebec Remparts.  He stepped out of the Black Hawks’ lineup at midseason to skate for the United States at the 1979 World Junior Championships in Sweden.  After his stay in the USHL, LaBianca distinguished himself in the professional minor leagues with the Toledo Goaldiggers.

Meanwhile, Blom was one of several Black Hawks leaving college.  Defenseman John Plummer came from St. Lawrence.  Forward Bill Kennedy had played at Boston College.  His Eagles teammate, Walt Kyle, also returned to Waterloo for a portion of the season after hip surgery, awaiting his transfer to Northern Michigan.  Plus the Hawks were once again restocked by the Austin Mavericks, who provided top-scorer Ed Lind and Ed Monacelli, both aged out of the junior ranks.

The USHL’s all-junior squads, including the new Minneapolis Nordiques, managed just five wins against Waterloo.  The Hawks continued their home winning streak from the previous season.  They did not lose a game at McElroy Auditorium until January 7th.  Waterloo clinched the regular season title during an 11-6 win against Bloomington on February 25th with three full weeks remaining.  The game was highlighted by five goals from Meadows.

Postseason play began smoothly; the Black Hawks swept the St. Paul Vulcans for the second consecutive season in the opening round.  However, the championship series rematch with Sioux City started ominously.  Waterloo suffered a 6-5 home loss, while All-Star goaltender Tom Hasenzahl left the game with an ankle injury.  Davis, a Waterloo native, became the hero of the series.  On the road for Game Two, he kept the Hawks alive long enough for John Marchio to win it 5-4 in overtime.  Waterloo’s offense took the pressure off Davis in Game Three, winning 6-1, again on the road.  Back at McElroy the next night, the Hawks celebrated another championship, leaving little drama during a 7-3 victory.

The era of semi-professional senior hockey in Waterloo was over.  The Black Hawks had claimed six regular season pennants and two playoff titles in 16 years.  That winning tradition would seem far removed as the franchise struggled through most of the 1980’s.  The loss of familiarity with players who previously became a permanent part of the community made the adjustment to juniors more difficult.  Sixteen of 19 players in the lineup on the night Waterloo defeated Sioux City to close the playoffs would never wear a Black Hawks jersey again.

Visit Karen’s Print Rite at 2515 Falls Avenue in Waterloo or online at karensprintrite.com. 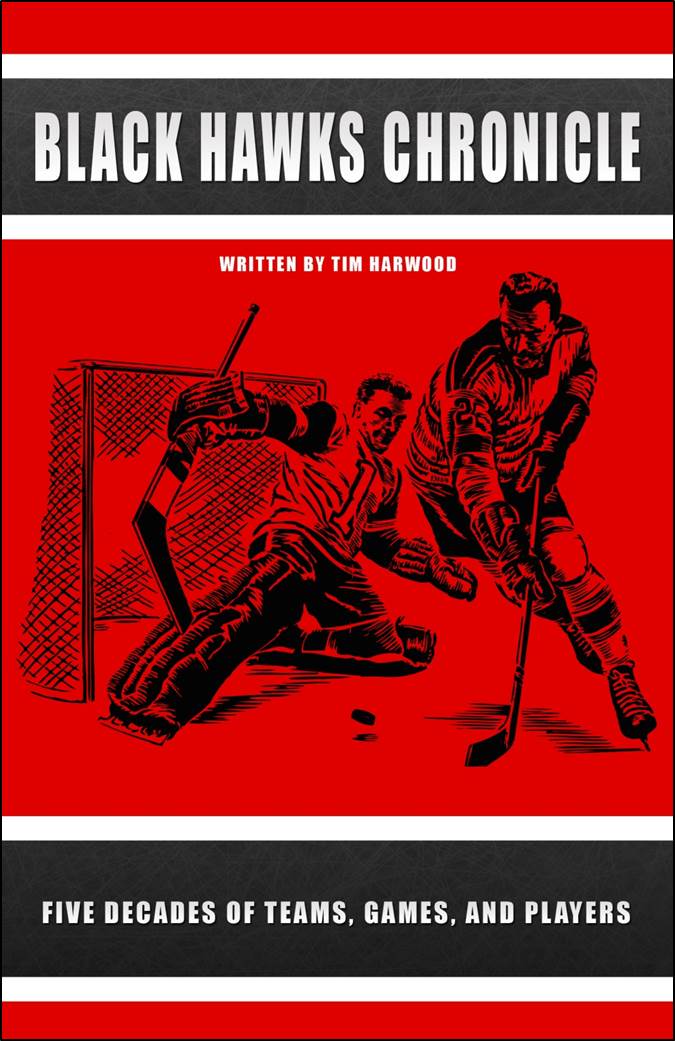