UPDATED: The sale page for these jerseys is now in place here.  The regressive auction is under way with several jerseys already purchased.  The sale will now wrap up at midnight on Tuesday, March 4th.  Find details about the format of the regressive auction and the 1969/70 Iowa Stars below.

With the arrival of a new ECHL hockey club in Coralville next fall, the 2021/22 season will mark the first time the state has simultaneously been home to two professional teams affiliated with National Hockey League organizations.  The as-yet unnamed ECHL squad will join the Des Moines-based Iowa Wild of the American Hockey League, the top affiliate for the NHL’s Minnesota Wild.

More than 50 years ago, Waterloo’s McElroy Auditorium was home to the state’s first NHL farm club: the Iowa Stars of the Central Hockey League. During the weekend of February 13th and 14th, the Waterloo Black Hawks will wear Iowa Stars replica jerseys to benefit Iowa Heartland Habitat for Humanity.

“This is an almost-forgotten chapter in Waterloo’s long hockey history, but for those who do remember being at Stars games, they know that the quality of the hockey that winter was superb,” said Black Hawks President of Business Operations Joe Greene.  “That season was part of a foundation for many players who went on to success in the NHL, so it is appropriate that the memory of the Stars will help local Habitat for Humanity efforts to build homes, humanity, and hope.”

Habitat homeowners in Black Hawk, Bremer, Buchanan, and Butler Counties help build their own homes – alongside volunteers – and pay an affordable mortgage.  Iowa Heartland Habitat for Humanity also assists with critical home repairs based on income and need while providing an array of other support in the communities the organization serves.  Through financial contributions, volunteering, or by adding a voice to support affordable housing, everyone can help families achieve the strength, stability and self-reliance they need to build better lives for themselves.  To learn more, visit WeBuildHabitat.org.

The Black Hawks will auction their Iowa Stars jerseys in an online, regressive format to benefit Iowa Heartland Habitat for Humanity beginning on February 13th.  The regressive auction (sometimes referred to as a “Dutch auction”) will open with a “buy it now” bid price on each sweater.  The bid amount for any given jersey will be periodically reduced until it is sold or until the auction ends on March 1st.

The Iowa Stars jerseys of the 1969/70 season featured Minnesota North Stars colors of green, yellow, and white.  While Minnesota jerseys from that winter featured the organization’s iconic “N-Arrow” emblem on the chest, the sweaters for the CHL affiliate showed “IOWA” in diagonal block letters.  The primarily green replicas feature yellow piping on sleeves, waist, and collar.  Player names and numbers on the back are in white, the numbers trimmed in yellow.  The replicas add a Waterloo Black Hawks logo on each shoulder and the Iowa Heartland Habitat for Humanity emblem on the back.

In 1969/70, the Iowa Stars ended the year with a 35-26-11 record and battled to the final weekend of the schedule for the CHL regular season championship, finishing second to the Omaha Knights by one point.  The Stars were also runners-up during the playoffs, advancing to the championship round before falling to Omaha in five games during a best-of-seven series.

Iowa Stars’ operations were coordinated by General Manager John Muckler, who would go on to fame as part of the Edmonton Oilers’ hockey staff during that organization’s dynasty years in the 1980s.  Muckler’s long career also included time with several other clubs: the Buffalo Sabres, New York Rangers, Ottawa Senators, and Phoenix/Arizona Coyotes.  Muckler passed away last month at age 86.

Other notable personalities associated with the Iowa Stars include:

-Goaltender Gilles Gilbert, who appeared in a team-high 39 games in net for the 69/70 Iowa Stars.  He would eventually play in over 400 NHL regular season games through the early 1980s and be part of two Boston Bruins squads which reached the Stanley Cup Final.

-Forward Walt McKechnie skated in over 950 NHL contests while dressing at different times for three of the NHL’s “original six” teams: Boston, Detroit, and Toronto.

-Defenseman Dick Redmond, the fifth overall pick in the 1969 NHL Draft.  Redmond played more of his 771 NHL games with the Chicago Blackhawks than any other club, appearing in all 80 games during two different seasons.  Among defensemen in 1976/77, only Hall-of-Famer Denis Potvin and All-Star Guy Lapointe had more goals than Redmond’s 22.

-Defenseman Tom Reid, who was in Iowa only briefly and spent the vast majority of his 701 game NHL career with the North Stars.  Reid has been the longtime radio analyst for the Minnesota Wild after previously serving in the same capacity for the North Stars following his retirement.

The Black Hawks’ games on Saturday, February 13th and Sunday, February 14th are both against the Tri-City Storm.  The Saturday contest begins at 6:05 p.m.; Sunday’s opening faceoff is at 3:05 p.m.  Tickets for both games will go on sale Sunday, February 7th at 8 a.m. online only.  All seating pods at Young Arena are socially distant to conform with guidelines provided by the State of Iowa and Black Hawk County Public Health.  The team is encouraging electronic ticketing this season as part of the Young Arena COVID-19 Readiness Plan, which may be reviewed at waterlooblackhawks.com/covid-plan.  Among its contents, fans are reminded that face coverings are required to attend Black Hawks games. 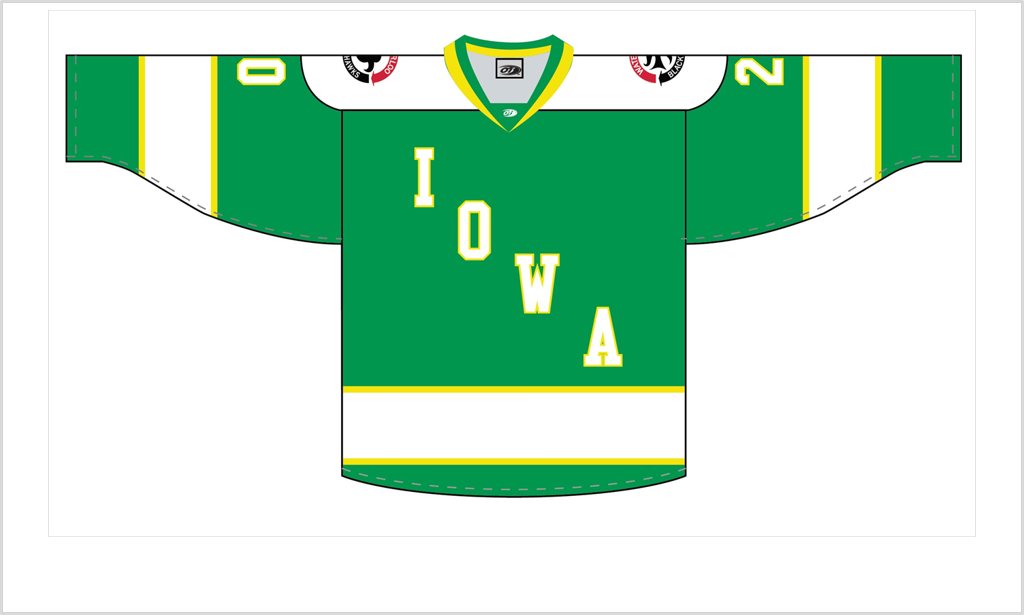