Where Are They Now: Matej Blumel

There weren’t many rookies on the Waterloo Black Hawks’ most recent Anderson Cup championship team in 2017/18.  Czech forward Matej Blumel was an exception, playing in 50 games and contributing 18 points (eight goals, 10 assists).  It was his next season which would leave an impression on fans and scouts.  Blumel had 30 goals (eight of them game-winners) and 30 assists to finish second in team scoring and tied for 11th in the league.

That summer, the Edmonton Oilers picked him during the fourth round of the NHL Draft.  Since the 2019/20 campaign, he has been skating in his homeland as a pro for HC Dynamo Pardubice.  It’s the same organization that had fielded his youth hockey squads before Blumel cane to the Cedar Valley.  Last spring, he also had the chance to represent Czechia during the IIHF World Championships.

Blumel recently shared an update on the past few seasons.

Black Hawks: North American players don't have the same type of connections all the way from amateur to pro hockey like you do with Pardubice; how has being back there helped you transition to becoming a professional?

Matej Blumel: It’s special that I made it to pro hockey.  Obviously, I grew up watching pro guys playing here in the Czech Republic’s top league.  My dream was to be part of it. I’m so glad I made it here to this level and I hope I am going to stay here for a bit or make it even higher.

BH: What have been the on-ice highlights during these past three seasons as a pro player?

MB: The first season was difficult for me because during the season there were [the IIHF World] Junior Championships, so I was gone for a bit, then I came back.  Also, we didn’t play well as a team and were battling to stay in the top league, so it was hard, but I think after the first season, I had a good summer and prepared well.  The second season, I think I made progress, and I was a better player, with the puck and without the puck. I just want to keep it going this way and be better.

BH: Off the ice, what has it been like to return home to play after a couple of seasons in Waterloo?  Could you describe the disruption caused by COVID in Czech Republic?

MB: It was nice to be back with my family and friends.  That’s probably the thing I missed when I was in Waterloo, but obviously in Waterloo, I loved it there.  I still have friends in Waterloo.

COVID sucked for everyone, because we had no fans at the games.  We played in front of no crowd.  I wish that COVID would be gone soon and we’ll have a full house here.  I feel like our town is like Detroit – it’s a hockey town – and we miss our fans, so I hope we’re going to have our fans back soon.

BH: Tell us about playing at the World Championships last spring.  You've played for your country on many other occasions, but how was that experience unique or special?

MB: It was probably the best occasion I’ve been part of in my whole life.  Playing for your country for a championship is something you dream your entire life.  I enjoyed it a lot, and I met Jack Drury there playing for the U.S.A., and it was nice to see him.  I think we both enjoyed the tournament and had some new experiences.

BH: What is the outlook for joining the Oilers?  How would you describe your interest in returning to North America?

MB: There is no outlook for the Oilers, because they no longer have rights to me anymore.  Now I’m a free agent, and we’ll see how it’s going to go.  I want to come back to North America and sign with an NHL team.  If someone likes the way I play and offers me a contract, I’m going to go for it.  It’s a dream of mine, and I would love to be there.

BH: During your final season with the Hawks, you played a lot with fellow Europeans Emil Ohrvall and Vladislav Firstov and all had great success.  What do you think made the three of you so successful together?

MB: It was nice to play with those guys, because the European hockey is different from North American hockey.  We were playing in North America, but we were playing together as Europeans and had some chemistry.  We shared some experiences.  I feel like we understood each other better, so I liked playing with those two guys.  The way we played, I don’t know, we were just lucky.  We scored some goals and then had trust from the coaches that allowed us to play a lot.  If you have a lot of minutes on the ice, it’s easier to score some goals and points and lead a team.

BH: Aside from the games themselves, are there some things from your seasons in Waterloo that are particularly memorable, or parts of the experience that were especially valuable?

MB: Both years were special for me, because I learned a lot of things on the ice and off the ice too.  I feel like junior hockey in the U.S. is similar like pro hockey here.  Of course, pro hockey is more physical and faster, but a lot of things are the same.

I feel like the first year [in Waterloo] was special, because we had a really good team.  I was a rookie and one of the youngest guys on the team.  I learned a lot of things; actually I learned how to play defense and it helped me in ways that will help my whole career. The first season was special, because I still feel like we had the team to win the Clark Cup…we didn’t make it and that hurt.  The second year, actually I feel like we had a better team than my first year.

Sometimes I wish I could come back and play more years there.  I miss Waterloo and all you guys and wish you the best.

Where Are They Now features are presented by Karen’s Print Rite, 2515 Falls Avenue in Waterloo. 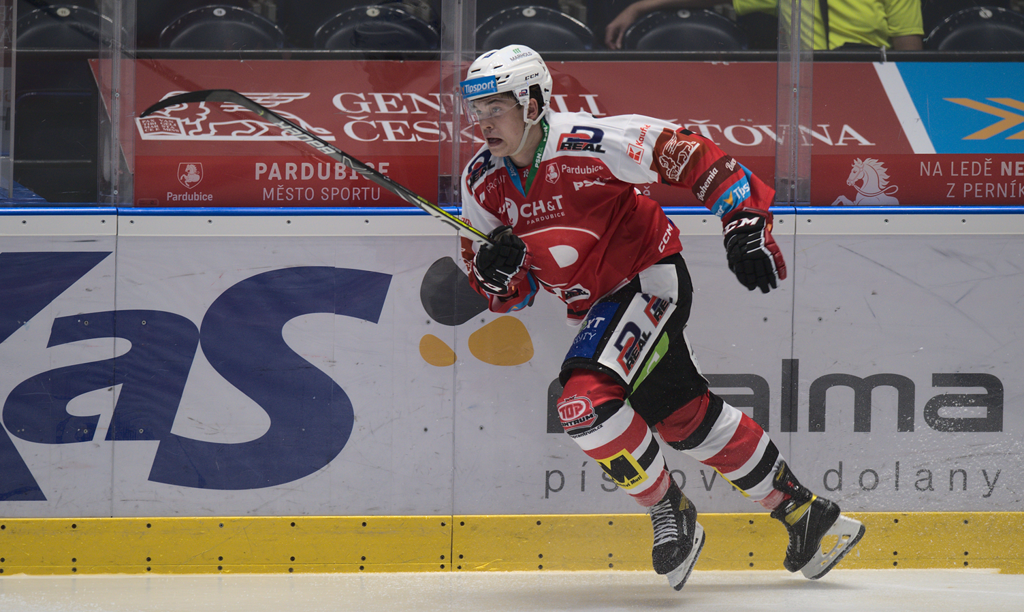