The Waterloo Black Hawks announced Tuesday that the team’s inaugural Black Hawks Bike Crawl will now be held on Saturday, April 16th ahead of Waterloo’s 6:05 p.m. game against the Omaha Lancers.

The Bike Crawl had previously been slated for March 12th.

“The opportunity to hold this event more than a month later than originally planned will hopefully improve the odds for favorable weather and an enjoyable experience for riders of all abilities,” said Black Hawks President of Business Operations Joe Greene.  “The Cedar Valley is proud of its wonderful trail system, and we know that so many people will be looking for the chance to be outdoors when the weather warms up this spring, so we hope this will be the first of many years that our fans enjoy this event.”

The Black Hawks were originally to play on the road April 16th, but the date was converted to a home game in January following a scheduling alteration.

The Black Hawks Bike Crawl will feature a route through the community with stops at several points of interest.  Not a race, participants will have the opportunity to enjoy a Saturday afternoon ride at their own pace.  Registration will include an April 16th Black Hawks game ticket and bike crawl t-shirt.  Additional details about the route and other specifics regarding the event will be announced in early March.

The Black Hawks also revealed a logo for the Bike Crawl: 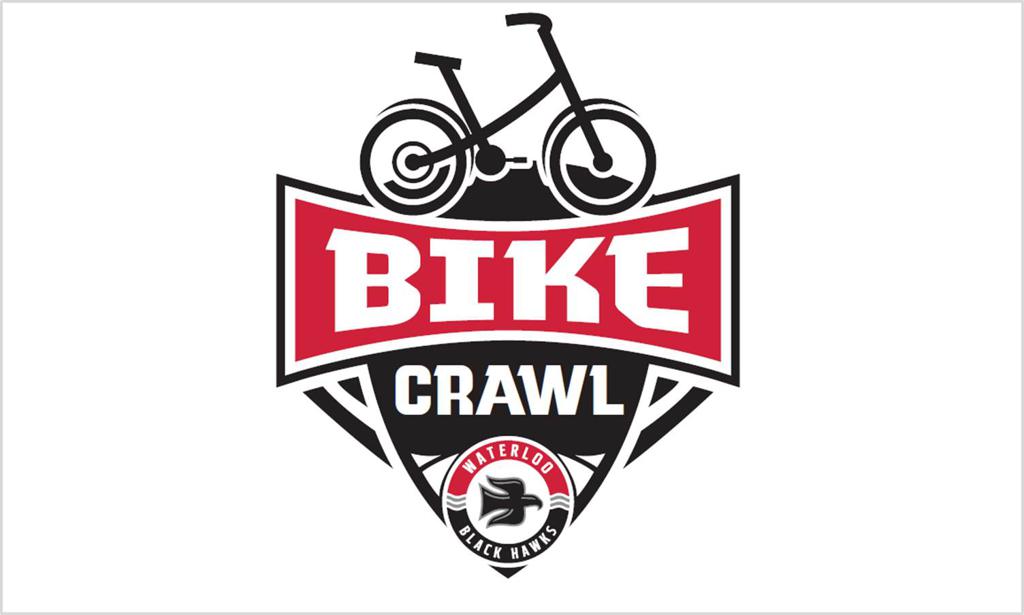