Former Waterloo Black Hawks Matej Blumel and Matej Tomek are each one win away from reaching medal contention with their respective national teams during the 2022 IIHF World Championship in Finland.

Blumel has been one of Czechia’s top offensive threats and is preparing for a Thursday quarterfinal matchup versus Germany.  Tomek is spending his second stint of this season with Slovakia’s national team, with a looming matchup against the host Finns tomorrow.  During the preliminary stage, the Czech team finished third in Group B, while the Slovaks were fourth in Group A.

Through seven games, Blumel ranks second in team scoring and is tied for seventh overall during the competition with eight points (four goals, four assists).  That puts him even with NHL stars such as Nico Hischier (Switzerland/New Jersey Devils), Dylan Cozens (Canada/Buffalo Sabres), and Mikael Granlund (Finland/Nashville Predators).  Blumel is also +7, a mark which leads Czechia and ties for sixth overall in the competition.  The 2022 IIHF World Championship is the 21-year-old’s second consecutive appearance for his country during hockey’s leading annual international event.

Tomek dressed as Slovakia’s backup goaltender for six of seven games during the preliminary stage.  Just three months ago, he was part of the country’s delegation to the 2022 Winter Olympics and played in one game during that event in Japan.

Tomek and Blumel were Black Hawks teammates on Waterloo’s 2017/18 Anderson Cup championship squad.  Tomek earned a 15-8-7 record with a 2.39 goals-against average and .907 save percentage in 30 regular season appearances.  That winter was Blumel’s first with the Black Hawks.  Over two seasons, he produced 38 goals and 40 assists during 108 games.

Following Thursday’s quarterfinals during the IIHF World Championships, semifinal matchups are slated for Saturday.  The gold and bronze medal contests will be on Sunday.

Where Are They Now features are presented by Karen's Print Rite, 2515 Falls Avenue in Waterloo.  Photo of Matej Blumel provided by Ladislav Adámek/HC Dynamo Pardubice. 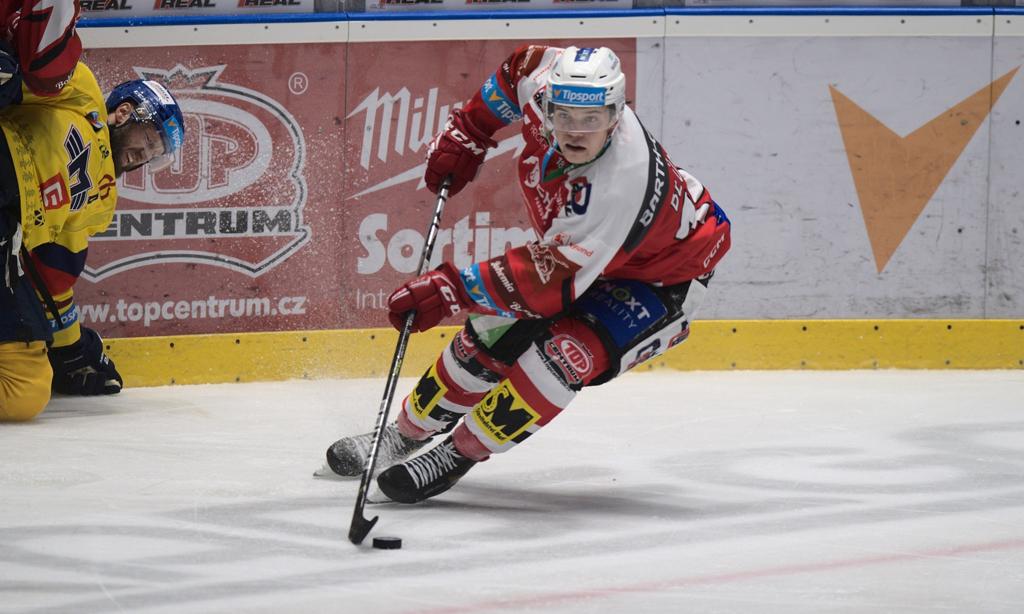