More than 1,000 young aspiring hockey stars have come to northeast Iowa from across the nation and around the world since the Waterloo Black Hawks held their first Futures Camp in 2015.  A new group of talented hopefuls will arrive for the fifth edition, which will take place during the early weeks of August, and the Black Hawks revealed camp details Monday.

The Black Hawks’ 2019 Futures Camps will be conducted at Young Arena on the dates which follow for players who are eligible for the 2020, 2021, and 2022 USHL Phase I Drafts:

“I wish I would have had an opportunity like this when I was 14 or 15,” said Black Hawks Assistant Coach and former Ohio State forward Bryce Anderson, who went on to explain, “I didn’t make a United States Hockey League roster in my first year of junior hockey.  The road to the USHL and to college hockey is longer and more competitive than you can understand until you have been on the ice to see how your abilities compare with players – your peers –who have the same goal.”

The Black Hawks coaching staff and alumni will lead all activities and provide one-on-one feedback at the end of each camp.  Off-ice training and coaching sessions also provide insights into how USHL players prepare for the season.  Waterloo Head Coach P.K. O’Handley, the USHL’s 2017/18 Coach of the Year, will also conduct a seminar on the essentials of player development.  Registration covers lunches and dinners for participants.

During the August 1-4 and August 8-11 Futures Camps, each player will be assigned to a team and participate in seven competitive one-hour games.  A camp jersey will be provided, which players will be able to take home.  The itinerary will also include a tour of the Black Hawks’ locker room and facilities.  Parents in attendance during camp are invited to a reception at the Courtyard by Marriott, the official host hotel of the Waterloo Black Hawks.  Registration is $475 per player.

As part of the August 4-7 Goalie Camp, participants will be directed during six on-ice sessions.  They will participate with the same group for the duration of the camp and receive individualized attention during these sessions, thanks to a 4:1 player-to-coach ratio.  Waterloo players on the ice will provide netminders with USHL-caliber shots. Registration is $550 per goalie.

First-come, first-served online registration is currently underway and will continue through May 31st or until all camp sessions are filled.  Register via the SportsNGIN links available through waterlooblackhawks.com or see the appropriate camp flyer for more information.  A detailed session schedule will be available to participants at a later date.

Note: If unforeseen circumstances force a participant to cancel their registration prior to May 31st, a partial refund of no more than 50% of the registration fee will be provided, or a credit to a 2020 Futures Camp will be offered if applicable.  After that date, no refunds will be credited due to commitments the Black Hawks must make in order to execute the camp at the highest standard.

Former camp participants have expressed their appreciation for many aspects of the Black Hawks Futures Camps, including:

Meeting and Competing Against a Diverse Group of Players

“[My son] left with an appreciation of what it will take to advance to higher levels of hockey.  He has been motivated to pursue hockey to juniors/college during the last year or so, but this experience has really inspired him.” –Michigan

“I appreciated the great feedback [he] received and a good grounding playing against the talent level at the camp.  Some high-end kids skating at that camp.” –Fargo, ND

The Value of Waterloo’s Future’s Camp

“It was a long trip for us to make from Arizona, but we thought the trip was absolutely worth the time and money we invested…Hopefully we get to make the trip again next summer.” –Scottsdale, AZ

“Wow, what a great camp and experience…The attention to detail by the instructors was fantastic.  I would definitely recommend this camp to anyone wanting to advance their skills as a goaltender.” –Minot, ND

“Thank you for hosting such a well-run camp.  The staff was fully engaged – it was very evident in watching their interaction and teaching on the benches.  My son experienced a renewed drive to keep pushing to get better as the weekend continued.  Bottom line, he got coached.  We are very appreciative of the experience; thank you again, and we look forward to returning next year.”  –Nashville, TN

“Meeting players/coaches like Solag Bakich and Mason Palmer was an enlightening experience, as they shared with me their paths to this point in their careers.” –Yucaipa, CA

“Flying back home [my son] was talking about the camp, the feedback he received from his coach, and the presentation session, where he witnessed firsthand the dedication and hard work it will take to follow his dreams.” –Toronto, ON

Any questions related to ability level, playing experience, and whether a player may, or may not, be prepared to participate in Black Hawks Futures Camps should be directed to Anderson or Ryan Theros. 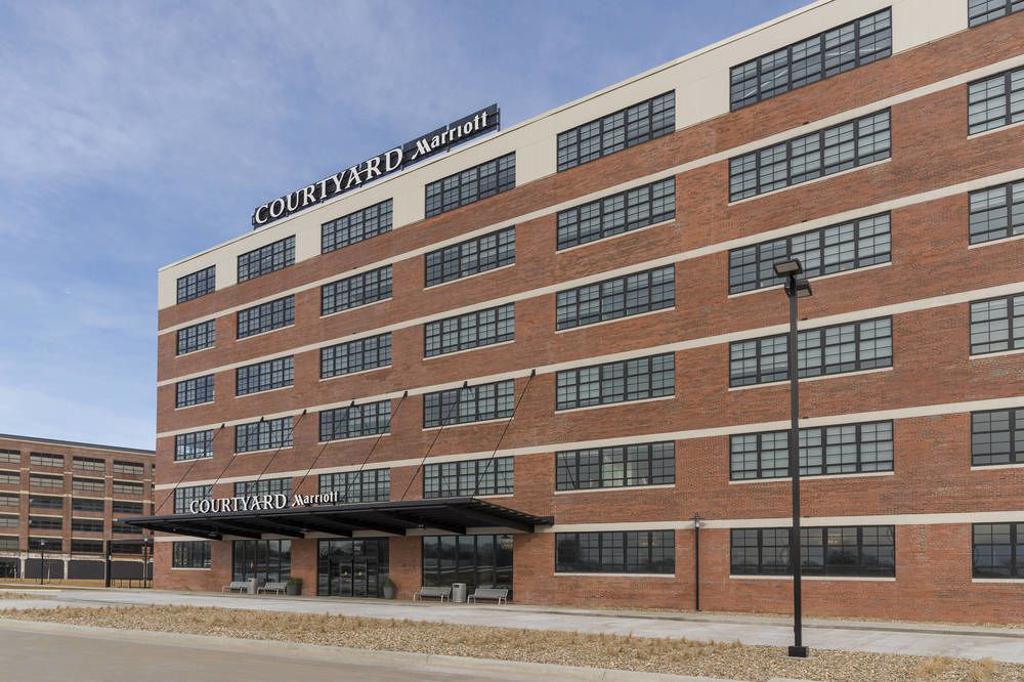 Players and parents are responsible for their own lodging in Waterloo. We encourage you to book your lodging at the newly opened Courtyard by Marriott, the official host hotel of the Waterloo Black Hawks. This state of the art hotel features free-wifi, luxury bedding and easy accessibility to Young Arena. Take advantage of the exclusive Waterloo Black Hawks rate of $119 + tax.